We, unfortunately, were fast asleep and then had to rush out into the world early today to sit an exam that you have no interest in. Some would say that this makes us unqualified to comment on the ceremony, but we won’t let that stop us.

Both Natalie Portman and Colin Firth gave charming speeches, each touching and funny enough to make them seem like genuinely nice people. Neither took themselves too seriously, which is always a nice surprise.

While some were expecting it to be The King’s Speech all night it was refreshing to see The Social Network and The Fighter get a look in. Sorkin may come off as a little self-important at times but he did write one hell of a screenplay.

Inception didn’t do too badly in its technical categories, and certainly wormed its way into plenty of Franco’s and Hathaway’s material. The hosts themselves were entertaining, but we could definitely benefit from a comedian hosting next year.

Toy Story 3 was an inevitable winner, but Pixar may have to pass on the crown next year when Rango enters the ring.

As with every year the show was in parts entertaining, and in a bigger way incredibly dull. One thing that really stood out/totally underwhelmed was Banksy’s appearance/absence. At least we can all stop speculating about whether he’d show up or not.

Just kidding, I’ve totally run out of things to be indignant about.

As I have to be awake and coherent on Monday morning Mild Concern will be the least up to date on the internet when it comes to the Oscars. If you are wise enough to be spending the night awake and online I’d recommend checking out Ultra Culture who normally has a live feed going, and his twitter will provide suitably amusing commentary.

You should also go to www.livestream.com/picturehouses where the witty hosts of The Picturehouse Podcast will be live streaming their own brand of commentary if you don’t fancy what Sky have to offer.

Hold on a moment, I’ve not gone completely delusional. I do realise that this geek orgasm of a film has no chance at winning any of the big awards at a respectable show like the Oscars, no matter how much Edgar Wright directed the bejeezus out of the beast. But from a technical stand point it surely deserves some nominations for doing things a little differently and at a high level of quality and creativity.

There was a time when the film almost made it into the nominees for Best Visual Effects, rubbing shoulders with the far less original likes of Iron Man 2, but it wasn’t to be. Sadly the most visually exciting film of 2010 was not deemed worthy of a nomination.

Another area I could conceive of the film getting a nod is in sound editing/mixing (who outside the profession knows the difference?) as Scott Pilgrim is the only film in the past year where sound design has been so integral. Watch any scene and you’ll find that every eye movement or head turn is accompanied by the subtle sound of some reverb or a coffee maker steaming. Beautiful stuff!

Let’s not even get started on how the huge amount of original songs like the below got ignored in favour of Dido.

Alright, alright. Inception hasn’t exactly been ignored by the Oscars with its 8 nominations which include Best Screenplay and Best Film, but what about Best Director?

As a sci-fi action film Inception isn’t going to win Best Film and will be relegated to the technical categories. But how can such a richly and carefully shot feature be nominated for Best Art Direction AND Cinematography but not Best Director? It’s almost as if they think Nolan just watched while everyone else did the work for him.

I haven’t seen The Fighter so I’d let Inception take their slot in the directing category. Again, I’m not after a win, I just want good work to be recognised. Alright? 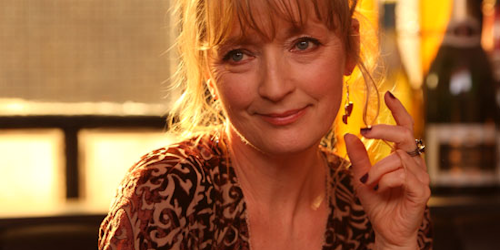 Let’s forget The King’s Speech for a moment and remember a british film from the past year with a slightly less uplifting tale to tell. Another Year may be a bit meandering at times but it truly touched me, and in a wholly appropriate way.

Yes, the changing colour palette was far from subtle, and there was a random appearance from Imelda Staunton that no one seems to mention, but besides that the film was amazing. Despite this it has just one Oscar nomination and it is for the Screenplay… something Mike Leigh tends to go without.

All I’m asking for is some recognition for Lesley Manville’s performance of the deeply flawed Mary. Sure she might not stand a chance against Hailee Steinfeld but she was a hell of a lot better than Helena Bonham Carter. It’s not that Carter was bad, just that Manville completely blew me away. The whole cast was fabulous but anyone that has seen the film will know that Manville completely owned it.

Give her an Oscar!

A good week for releases this week with a couple of Oscar films and plenty of mindless guff. Oddly it’s the mindless guff I’d rather see.

Animal Kingdom
Can a young man escape a life of crime despite his family being a right rum lot? Can you not like a film with a 93% fresh rating?

Drive Angry
There’s almost no need to see this stupid, run of the mill, 3D action film. But then there’s Amber Heard.

No Strings Attached
There’s almost no need to see this stupid, run of the mill, romantic comedy. But then there’s Natalie Portman.

The Rite
A young priest goes to exorcism school in Italy a bit of a skeptic. A few hours and plenty of dark rooms, evil faces and arch dialogue later and he’s a believer.

West is West
A sequel to a film I haven’t seen. Someone goes to join someone else in the Punjab. Any sequel to a critically acclaimed film, ten years after the original, is a tricky proposition.

Howl (limited release)
Your art house film for this week. The obscenity trial of Alan Ginsberg is acted out alongside archive footage of the man himself and some surreal animation. With a cast that include John Hamm, Mary-Louise Parker and James Franco you know this is a quality piece.

Waste Land (limited release)
Those of us who have seen this documentary about art thriving in a landfill won’t shut up about it, and those that haven’t have added it to their increasingly long list of films they want to see in the cinema. 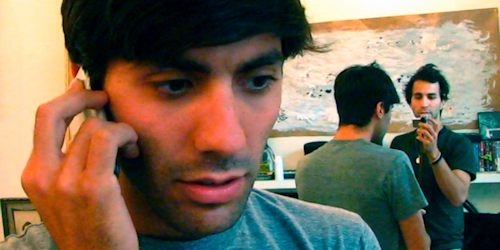 I’ll admit that the list of nominees for Best Documentary at this years Oscars does feature a few Mild Concern favourites in the shape of Exit Through the Gift Shop and Waste Land, but it’s a shame the most talked about documentary is absent.

Catfish is truly moving and completely shocking. Once you’re into the final forty minutes you won’t be able to look away. Clearly this isn’t the most technical documentary, shot on the fly rather than with nay real intent to make a documentary, but the story it tells is one of the most compelling. Rather than the lack of technical prowess what is probably holding Catfish back is it’s believability.

While I buy into the story completely some are more cynical and find the final act revelation too exciting to be true. This brings the feature’s credentials as a documentary into question and makes it much less award friendly. Exit Through the Gift Shop had a similarly dramatic conclusion that many viewers found hard to swallow. It’s validity only confirmed for some but the fact that it was allowed into the Oscars.

A nomination at the Oscars would have given Catfish the seal of approval from the wider film community. As it is it remains a cult hit and something that has to be seen to be believed… and even then not by everyone.

There was a time when everyone seemed to be excited about Never Let Me Go, but that was a while ago and felt like it ended long before the film actually came out. Maybe if the film had opened in the UK first it could have gained some support before tackling the US. Instead it flopped in the US and then continued to flounder in the UK market.

With no real excitement any more and not much attention the studio seems to have given up on this little treasure. Without an Oscar campaign, something that is depressingly vital for award success, the film that opened the London Film Festival has no Oscar nominations to speak of. Hell, it didn’t even make the Baftas.

Beautiful direction, careful writing and stand-out performances all go ignored. Andrew Garfield and Carey Mulligan are heart breaking and Keira Knightley is surprisingly good in her unsympathetic role. The film unfolds slowly and manages to not gives itself away in the opening act. Surely something in here deserves a little recognition?

Even a nomination for all the heavy knitwear would have been enough.

We’re in the weird period of the year between Oscar fare and summer blockbusters. Today we get a sci-fi action thriller, not quite big enough to come out when it’s warm outside.

I Am Number Four
A teenager with special abilities (the type that make your hands glow blue) is being pursued by a deadly force. It’s like Heroes or Push except that….

Moving on… Dianna Agron is in it, you know, the bland blonde from Glee, and Timothy Olyphant who should have better things to do.

At the end of an odd week of sporadic film releases, there are just a handful of films out today. They still manage to run the gamut from awful to awesome though.

Inside Job
From what I’ve read, and I’ve read at least two things, this documentary about the recent financial meltdown in the western world is an overlooked gem. Just how wide its nationwide release is, I’m not sure but I blindly recommend seeing it if you get the chance. If you don’t it will be on More4 before long, probably.

Justin Bieber: Never Say Never
If you’ve ever wanted to watch the life story of a tween pop sensation on the big screen, and in 3D then you are in luck. If, however, you have the teeniest sliver of good taste you’d probably rather watch Big Momma’s: Like Father, Like Son.

Confessions (limited release)
“A psychological thriller of a grieving mother turned cold-blooded avenger with a twisty master plan to pay back those who were responsible for her daughter’s death.” Good reviews and a shortlisting at the Oscars mean this might be worth the hunt.

Day for Night (limited release)
A re-release from the BFI is a 1973 french film about a director struggling to complete his movie.

Art house cinemas and documentaries win out this week.