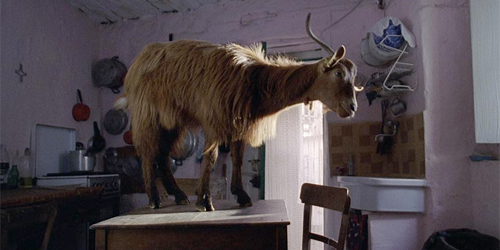 Have you been eagerly anticipating today’s exciting new releases? No, me neither. This might be the week you go see something worthy.

Diary of a Wimpy Kid: Rodrick Rules
Second instalment of the story about the “wise-cracking” kid, now in seventh grade and having to deal with bullying at the hands of his older brother. Is it half term already? Here’s your opportunity to make the kids sit in silence in the dark for 96 minutes.

Life, Above All
A 12 year-old girl, Chanda, takes on the responsibilities of a family comprising of an AIDS-stricken mother, drunkard stepfather and a deceased baby sister. In the meanwhile, her judgemental Johannesburg community falls to pieces. This week’s brilliant, harrowing yet life-affirming film that you probably won’t see.

Apocalypse Now (limited release)
It was Taxi Driver last fortnight, now it’s the classic Vietnam war epic’s turn to get the digital remastering treatment. I love the smell of a re-release in the morning. (Sorry.)

Heartbeats (limited release)
French-Canadian film about two friends, both obsessed with the same man. Youth prize winner at Cannes and Sundance-darling; bound to be sexy.

Dancing Dreams (limited release)
Choreographer Pina Bausch is celebrated in film once more but this one they completed just before she died. Not in 3D but instead following the 40 teenagers selected for one of her dance pieces.

Angels of Evil (limited release)
Biopic of Italian mobster, Renato Vallanzasca and his rise to the top of Milan’s crime scene. I’m going to take a punt and say he probably wasn’t a nice man. 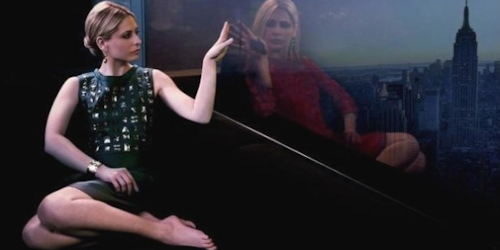 Our last network with new shows is The CW, a network that caters for a heavily young and female audience and combats low ratings with low budgets. This is the home of Gossip Girl and 90201. Oh and Supernatural for some reason. Frankly this network could do with a few good new shows… We’ll see. END_OF_DOCUMENT_TOKEN_TO_BE_REPLACED 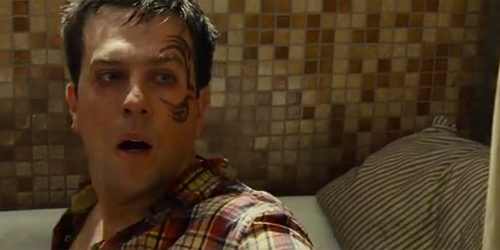 Another week, another early release, another poor sequel.

The second part of most people’s hangovers, once the headache and nausea are gone, usually involve trying not to fall asleep on the sofa while finding it too much effort to change the channel from the National Lottery. Arguably, that would be a better use of time than seeing the follow-up to The Hangover. Where the first one had a stag night that ended up in Las Vegas and missing the groom, this has a pre-wedding brunch that ends up in Bangkok and missing the bride’s teenage brother. Ho hum. Cue monkey antics and casual racism. 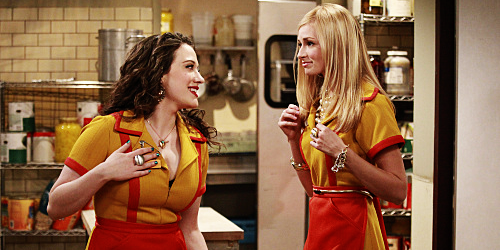 We’re nearing the end of our journey through the TV shows hitting American screens this year. Our penultimate channel is CBS, not so much of a heavyweight but better than tomorrow’s network. CBS actually has quite a full roster already, plenty of CSIs and other dramas along with comedies including How I Met Your Mother, The Big Bang Theory and the rejigged Two and a Half Men. Because their plate is so full we only have five new shows to peruse, and they’re mostly terrible. END_OF_DOCUMENT_TOKEN_TO_BE_REPLACED 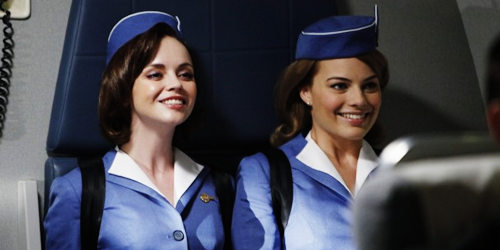 ABC is the third American network in our preview of the new US shows coming this autumn. ABC currently have a mixed bag of sitcoms, two good and two bad, and some positively vintage soapy dramas along with a few newer, crime-based dramas. ABC needs all it can get which is why it has so many new shows coming. With every instant classic there’s a comedy about men in drag that no UK channel will touch. END_OF_DOCUMENT_TOKEN_TO_BE_REPLACED 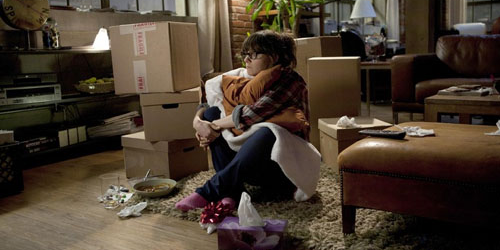 Today we take a look at upcoming shows on US network FOX. To set the scene FOX has just one regular sitcom, Raising Hope, but also all of Seth MacFarlane’s cartoon comedies and The Simpsons to boot. In the drama department FOX is strong with Glee, Bones, Fringe and House. What it needs are a couple more sitcoms and maybe a few new dramas to replace its veterans before they leave. Let’s see what they have coming… END_OF_DOCUMENT_TOKEN_TO_BE_REPLACED 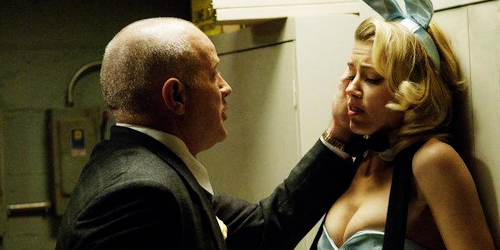 Last week while we weren’t at Cannes, America’s big networks unveiled the shows they will be launching this Autumn. Some will be cancelled after a handful of episodes and others will run for years and years. Either way they will trickle through to the UK, filling up the endless digital channels and providing an alternative to yet more Two Pints of Lager. Every day this week we’ll look at each network’s new shows to prepare you for your channel hopping future.

Today we begin with NBC, currently with a strong comedy block made up of Community, Parks and Recreation, 30 Rock and The Office. With only a few successful dramas they have gone mad with the new shows. END_OF_DOCUMENT_TOKEN_TO_BE_REPLACED

There are a lot of things to get excited about with the upcoming, Spielberg-directed, Tintin film. Getting us jumping about is that the scriptwriting credits read like the ultimate Mild Concern wish list: Steven Moffat, Edgar Wright and Joe Cornish were all tasked with stringing three of Hergé’s books into one film. That’s two trios of awesome right there. Then move down to the cast, bursting with Great British talent: you’ve got Gollum, James Bond, Billy Elliot and Westley (or Andy Serkis, Daniel Craig, Jamie Bell and Cary Elwes, if you’re fussy about your actors’ names.)

But we have fears too. There’s the obvious worry that no film could do justice to the original Tintin books, or even the (classic) animated series. Then there’s the hyper-realistic, motion-capture animation, which had me examining the trailer expecting the same creepy vibe I got off The Polar Express. Check out my conclusions, and other uninformed comments, after the jump. 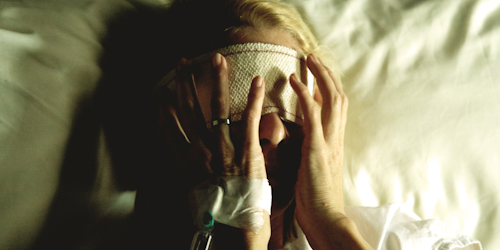 Considering that it is officially summer blockbuster season we’re not exactly overwhelmed with big movies. The next few weeks coming up all have one big release, and rarely on a Friday. It must be because they realise that opening on a day with no other film gets them a dedicated Mild Concern post. Manipulators!

Blitz
A police officer that looks a lot like Jason Statham hunts down a serial killer targeting the police. The Bill never looked so good.

Win Win
An older man forms an unlikely friendship with a teenager and they both learn a lot from one another. How on earth did this get into Sundance?

Vidal Sassoon: The Movie
A documentary about a “rockstar” hairdresser. Can he beat a £9 cut at Mr Topper?

Third Star (limited release)
Benedict Cumberbatch (yay) is one of four close friends on a trip to Wales. “Touching and comical”? I would like to see this please.

Julia’s Eyes (limited release)
Everyone that brought us the awesome The Orphanage bring us the story of a woman going blind as she investigates her twin’s death.

Fire in Babylon (limited release)
Another cricket documentary! Looking back I have made the same joke two times. And so: I don’t like cricket… period.

Planeat (limited release)
Food, glorious food. Three men “search for a diet which is good for our health, the environment and the future of our planet”. No mention of the need for it to be tasty. 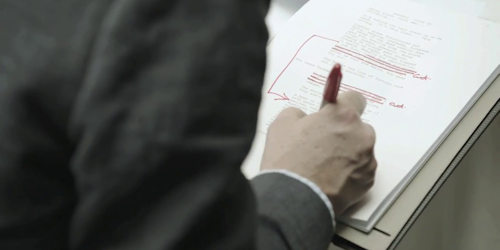 I know at least… three of our readers are aspiring script writers and so when word of this competition came along it seemed best to pass it along. We’re not here to promote BA, but they are running the competition so forgive us.

As part of the big build up to the 2012 Olympic Games British Airways are running a variety of competitions looking for “Great Britons”. The one we’re interested in is a scriptwriting competition, the winning idea being produced in 2012 and shown prior to the opening ceremony and on BA flights. You also get mentored by Richard E Grant who has written a total of one film, but has surely read a few more than that.

The limitation is that your film should be set around “London’s journey to The London 2012 Olympic and Paralympic Games” and would presumably fare better if reflecting the Olympics in a positive light. Throwing in a scene on a plane wouldn’t hurt either.

You have until 27th July 2011 to enter, which you can do here, and if you win you will be writing from a London office for five months and being paid a not too shabby salary.

And now here is an attractive video that tells you little more that I already have: