You might remember that sometime towards the end of 2013 I attended and acted as a judge at a short film evening hosted by Shorts on Tap. They are hosting another evening of short films (as they do every month) tomorrow in East London.

Why should you care? Because it is always a great night of watching short films from new talent with optional mingling for those of a social nature.

Why should you care this month in particular? Shorts of Tap have teamed up with London Documentary Network to show 7 short documentary films. AND they are supporting HOPE International Development Agency (UK) who I tried to organise some fundraising screenings for earlier in the month.

If you are free tomorrow (30th June) and can get to Cafe 1001 on Brick Lane by 7pm then please do come along. Entry is just £5 so you will have plenty of money left over to donate to HOPE.

To whet your appetite watch the trailer for one of the shorts, Planet Gong, below. I have seen the full documentary before and can heartily recommend watching. 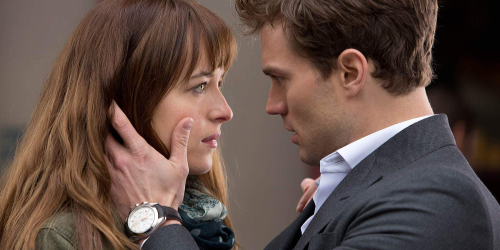 For those of you whose Dom doesn’t permit you to keep up to date with popular culture allow me to introduce you to a literary adaption that has caused more fuss than it has any right to. Fifty Shades of Grey is an aspiring erotic romantic drama in which the virginal student Anastasia Steele (Dakota Johnson) and handsome young billionaire Christian Grey (Jamie Dornan) meet, fall madly in love, and negotiate a contract which would make Anastasia the Submissive to Christian’s Dominant. All Anastasia wants is to fall madly in love but Christian would rather just buy her nice gifts in exchange for tying her up and rubbing her down. So to speak.

Can they make it work? Is Christian emotionally stable? Is Anastasia making good life choices? The film answers very little of these questions as the film circles its quite basic plot. For all the fuss created about E.L. James’ original novel and this adaptation not much actually goes on. After their initial meeting Steele and Grey have sex a few times in between trying to convince each other to pursue wildly different relationships and then the film just ends.

Fifty Shades of Grey is out on DVD

should you need to see it for yourself. (So are Secretary

NOTE: The DVD I was sent included the “Unseen” version of the film with roughly three minutes extra footage. Sadly no special features were available for reviewing but the various sets do have extra footage/documentaries should you need more content when you’re done. 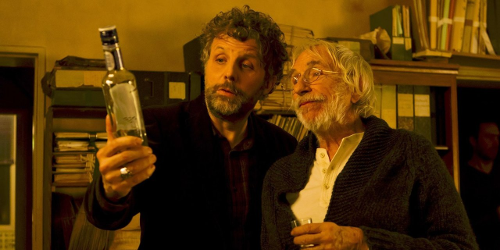 Film
In this Paris-set French comedy a widow and widower meet and the widower finds he plans for romance scuppered by an unlikely visitor.

The widow. Emma (Julie Gavet), is raising her son alone since the death of her husband, Nathan (Jonathan Zaccaï), and wants her son to have something to remember his father by. The widower, Paul (Stephan Guillon), is a writer who appears to be dealing with his wife’s death by writing speeches for other people to read at their loved ones’ funerals. In a unique meet-cute scenario Emma hires Paul to write about her dead husband to help her son. As Paul gets to know Emma romantic feelings blossom only to be skewered by the arrival of Nathan’s ghost.

Nathan no longer has any idea of who he is so it is up to Paul whether he wants to reunite the couple or keep Nathan’s resurrection a secret. Hilarity ensues.

Or rather… gentle chuckles and wry smiles ensue. Paper Souls‘ director Vincent Lannoo handles the high concept comedy with a light touch not letting the supernatural elements turn proceedings into a farce. The result is a little odd and not quite funny enough. An absurd situation is presented in such a mundane way that it avoids any real chance for proper belly laughs. This is not to say the film is bad, it is perfectly likable, but doesn’t stay around in the mind after watching and certainly doesn’t demand repeat viewing. 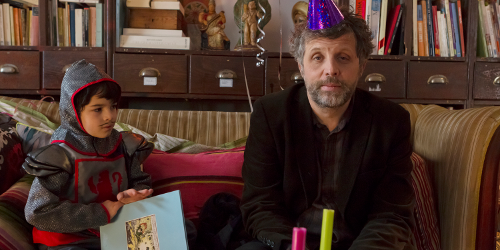 Extras
As you might expect from a small comedy release the extras are limited to a trailer.

Paper Souls is out on DVD

now and is worth a look, but just the once. 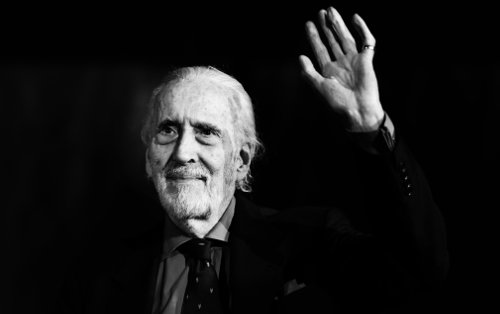 “I hate being idle. As dear Boris used to say, when I die I want to die with my boots on.” 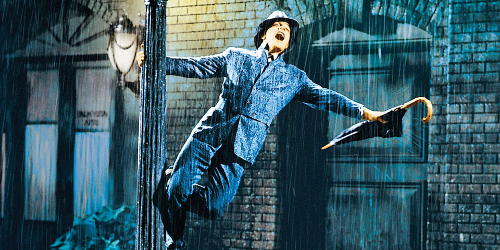 Stop what you’re doing and buy a ticket to one of three Singin’ in the Rain screenings happening across England this month; in Greenwich, Birmingham, and York.

Why do this? Because Singin’ in the Rain is an amazing film filled with laughs, songs, and dance routines worthy of recreating in a rain storm with less aplomb and a greater risk of a cold.

The other reason to buy a ticket is that you will not only be enjoying a true piece of cinema history on the big screen but will be supporting HOPE International Development Agency (UK) as they raise money for water projects in Ethiopia. HOPE is working with villagers in remote communities to provide access to clean water but need to raise funds to cover materials and transportation.

For details of each screening and to buy tickets click on the links below: 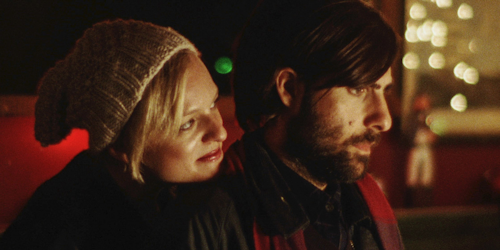 Listen Up Philip starts with a detailed voiceover courtesy of Eric Bogosian; a voiceover that details the precise actions, inner thoughts and intentions of the main character; voiceover that possesses the deep tone of the opening vocals at the start of (500) Days of Summer but at a faster pace. This voiceover does not relent and for the first few minutes I grew convinced that the entire film would be told by a narrator but thankfully after these first few minutes the narration stopped only to reappear at random intervals throughout the film. What this voiceover added was an almost literary like level of detail about the inner working of a character’s head; the very detail that often makes books tricky to adapt into films. Why might a film want to add literary levels of detail? Because the lead character is an author or course.

Jason Schwartzman plays the titular role of Philip, a newly successful author whose sense of self-accomplishment has reached a level that has made him emotionally distant from his photographer girlfriend (Elisabeth Moss) and generally an insufferable prick. Schwartzman has played an unlikeable author before in the TV series Bored to Death but with Philip he is taking the idea to an extreme and plays a person who is rude to everyone he meets and so naturally becomes more attractive to the women in his life. As part of his success-driven mid-life crisis Philip strikes up a friendship with an equally acerbic older author, and personal hero, Ike Zimmerman (Jonathan Pryce). Ike enjoys the presence of a young adoring author and so invites Philip to stay at his country retreat. From here Philip spends 108 minutes of film behaving appallingly and ruining his life. The details of which I advise you to see the film to find out.

Listen Up Philip is a curious beast and avoids any sense of predictability or formulaic ststorytelling. There is no real structure to the film as Philip just meanders along being irritating to a variety of people in a variety of circumstances in an incredibly enjoyable way. The fact that Schwartzman has played this character, or someone very like it, before means that he is well suited to the role of self aggrandising protagonist. There are few people I could watch being this unpleasant for this long but thankfully Jason Schwartzman is one of them. What was also pleasing about the film is that it often lets focus wander away from Philip. Initially I was concerned that Moss had been given an unforgiving girlfriend role but soon enough she had her own narrative, and her own narration, as we saw how she lived life whilst Philip was away. The film widens its scope, stretches its running time, and risks trying its audience’s patience by fleshing out the lives of a few supporting characters. While a little unfocused I think that without this the saturation of the caustic character of Philip would become too much to bear.

Writer and director Alex Ross Perry has given the film a very tactile autumnal aesthetic. There is a golden glow to most of the scenes and an abundance of beards, jumpers, and jazz. I have said before about films, that I felt as though I could reach out and feel the texture of the film. Listen Up Philip is all about people rubbing each other up the wrong way and the screen is filled with itchy looking fabrics and faces that help compliment this irritable feel. The voiceover can occasionally become a little heavy handed but I can only assume that this is the way it would feel to read one of Philip’s novels. The rest of the film, though a little long, is an enjoyable character study that shows how a modest amount of success can be someone’s undoing and if nothing else looks lovely. I quite liked it.

Listen Up Philip is in UK cinemas from today. 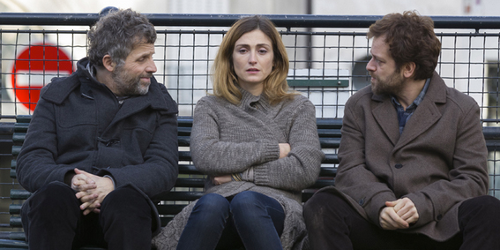 Since the death of his wife Paul (Stephan Guillon) has made his money writing funeral speeches for those who are grieving and can’t quite find the words to say for themselves. Emma (Julie Gavet) is a widow with a young son who hires Paul to write about her dead husband for the sake of her son. As Paul spends time with Emma researching her husband they grow closer and closer. Just as it looks as though romance might be about to blossom Paul gets a most unexpected visitor in the form of Emma’s husband’s ghost who is fully corporeal but has no idea who he is. This is a love triangle that transcends life and death.

This quirky Parisian romantic comedy is out on DVD in the UK on 15th June and we have one copy to give away. To be in with a chance of winning simply enter your details below:

This competition has now closed

Entrants must be at least 18 years of age and be a UK resident. The competition closes on 15th June 2015 at 5pm. The winner will be selected at random from the entries submitted and prizes will be sent to the addresses given in the entry.