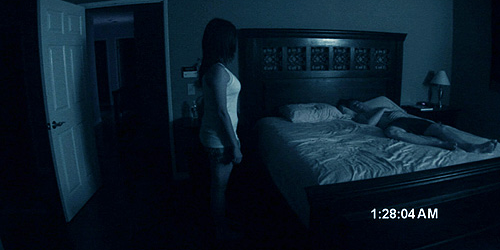 Yes… but it has been a good week for trailers so keep quiet. Also this particlar trailer managed to scare me as I watched it in a well lit room in the morning.

I worry about that baby. 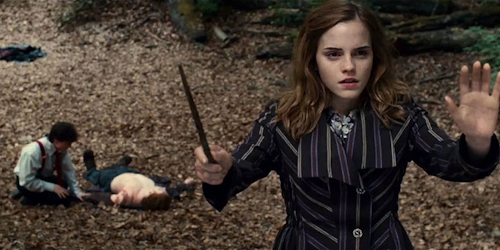 I wasn’t planning on posting this but the trailer makes it look so good! I’ve not been much of a supported of the Harry Potter films but the last instalment was by far my favourite and with the likes of Twilight floating about these films look much better by comparison and weren’t rushed into production. 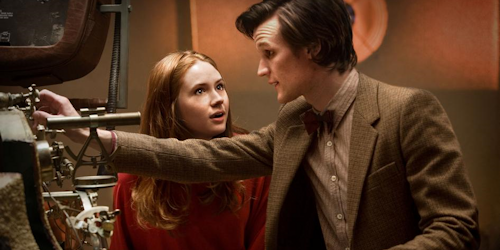 Ever since Doctor Who was rebooted with Eccleston earnestly dashing about I have listened to people marvel at The Doctor and his antics while I simply didn’t get it. I found it all poorly done, the acting was often a bit off, more for one particular assistant, the lighting far too bright and the aliens far too fake to ever be truly scary. That all changed this year as Stephen Moffat took the reins and made Doctor Who the show I had always been told it was.

In this series Moffat has made an engaging, intricately plotted and at times cinematic show. The Doctor is wonderfully played by Matt Smith as a slightly tactless kind-hearted genius accompanied by a strong, exciting and not to mention beautiful Amy Pond who has risen above companion status thanks to Karen Gillan.

Doctor Who has been better from every angle this year and the two part finale proved all that with laughs, scares and more wonderful Pond based pouting. I’m no longer ashamed to say I watch and waiting for the next series isn’t going to be easy. In just one short series Doctor Who has made it from being a show I occasionally watch to a show I spend my week looking forward to… or would do if it were on before Christmas. 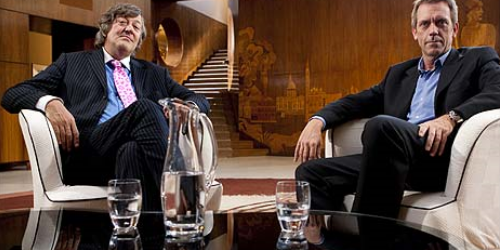 This autumn one of my all time favourite comedy duos reunites for a special retrospective on GOLD, a channel known for it’s endless repeats of classic British TV. Stephen Fry and Hugh Laurie have filmed the programme looking back over their careers together, discussing their friendship, sketches and memories.

Expect lots of gushing and plenty of classic clips and maybe even a mention of House. What I really want from this is for them to announce an actual proper reunion where they act side by side once more. I don’t care if it’s a one-off A Bit of Fry and Laurie, Fry guest-starring on House or any other situation that has this pair working together again for real. 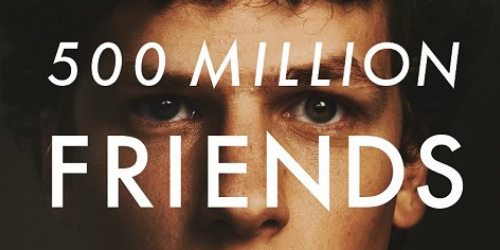 Below is the first teaser trailer for The Social Network written by Aaron Sorkin and directed by David Fincher it details the unexpected and utterly ruthless rise of facebook, the site we all loathe yet all have an account on.

From what I’ve read the film pulls no punches and this teaser and the lovely looking poster have made me more than a little excited. I am a little worried that they forgot to take the lens cap off the camera though… 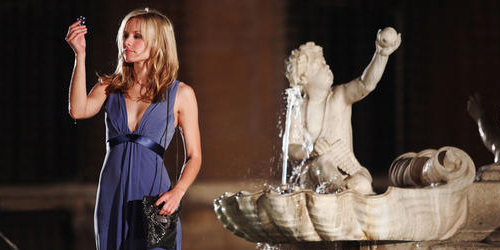 Even with all the adoration in the world for Kristen Bell, which we have and will always have thanks to Veronica Mars, When in Rome cannot survive the fact that it is a terrible film with no real laughs and no sense to its plot. Just look at the poster, it’s awful.

Bell’s character takes some coins out of a fountain and so some guys fall in love with her briefly hampering her burgeoning romance with an overly handsome Josh Duhamel. One of the biggest problem the film faces is with the sheer number of crazy men that have fallen in love with Bell and are therefore chasing after her. With so many characters (okay four) none really get a chance to do much.

When you have Danny DeVito and Will Arnett in your film you should really give them more screen time and better lines would help too. If you aren’t convinced that either are comedians worth your time just watch some Arrested Development or It’s Always Sunny in Philadelphia for some proof. Both were reduced to minor bit parts and Arnett forced to put on a “funny” accent. Ugh. As the remaining two love-struck fools Jon Heder and Dax Shepard made Arnett and DeVitto look even better, as both hammed it up far too much.

With all these things wrong with it When in Rome is surprisingly watchable, not necessarily good but certainly watchable, and that is all down to Kristen Bell. Bell takes what little she has to work with and throws herself into it with a delightful perky charm that belongs to someone who deserves a much better agent. Brief appearances from Lee Pace and Kristen Schaal also help keep the film from being a complete disaster.

When in Rome is bad. Kristen Bell is good. It’s a bit confusing. 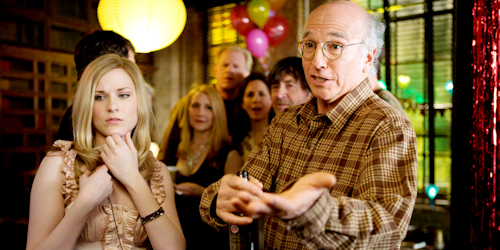 I hope no films came out on Wednesday because I forgot to check and now it’s far too late. Regardless there’s plenty out today to be getting on with.

The Collector
It’s a gory horror by a few of the hundreds of writers from the Saw series. The plot apparently involves an ex-con planning a final heist that goes badly wrong as someone has set traps in the house he plans to burgle. According to someone on IMDb without the limited skill to make their own WordPress based film blog, The Collector is “awesome”.

Get Him to the Greek
I’m a rarity in that I think Russell Brand is very funny, and I really enjoyed Forgetting Sarah Marshall. In fact I very nearly saw Get Him to the Greek on Monday but didn’t because something much more interesting and in no way related to me washing my clothes came up. Anyway… if you like Brand see this film, if not then don’t.

Tetro
Francis Ford Coppola has written and directed a film with a plot that I don’t quite understand but can easily copy and paste in here. “Set in Argentina, with the reunion of two brothers, the story follows the rivalries born out of creative differences passed down through generations of an artistic Italian immigrant family.” Personally I’m not tempted.

Villa Amalia
A French film in which a lady musician kisses a man and then other stuff happens included her moving on from the man she kissed and doing some travelling. In French!

Whatever Works
Ever wanted to see Larry David play Larry David in a film written and directed by Woody Allen who has seemingly lost his knack for making great films? No? Was it the way I phrased it, sorry. It could be good, but surely won’t be.

When in Rome
Come back in an hour and we’ll tell you precisely why you shouldn’t see this film until it’s out on DVD for next to nothing. Kristen Bell is adorable but sometimes that’s not enough. 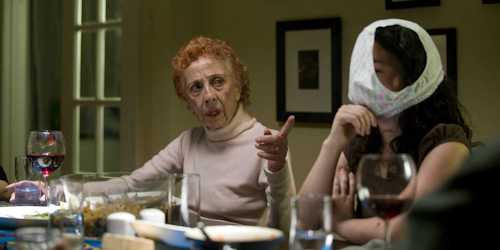 At first I thought Please Give was a dreary drama but upon learning it was actually a comedy, a genuine funny and understated comedy, I couldn’t help but go and see it. Coming out of the screen I was incredibly happy with the film, and find it hard to find fault with it.

Please Give is a quite beautiful moving and dark comedy following one woman trying to atone for the fact that she scams the families of the deceased in order to stock her vintage furniture shop. Catherine Keener plays the part well, gradually revealing the humanity in a woman we’d otherwise have no sympathy for.

Meanwhile her daughter is struggling with the way she looks in a very understated way, and towards the end of the film Sarah Steele plays a scene with no dialogue to help her which almost broke my heart. To say any more about that would ruin the film.

The third strand of the film is taken up by the elderly neighbour of the family who sold her flat to them so they can expand their own when she dies. Her two granddaughters, Rebecca Hall and Amanda Peet, often visit and take care of her and have problems of their own, but again I’ll stop short of explaining the entire film for you. Suffice to say that Hall and Peet play two wildly different characters with ease and extremely convincingly.

The entire cast, including Oliver Platt as Keener’s flawed but funny husband and Ann Morgan Guilbert as the elderly neighbour, take to their roles perfectly lending the film a very natural and believable feel.

While the film has it’s share of drama it is always very understated and the laughs are regular. In case you hadn’t realised yet I really liked Please Give; its got great actors doing great acting with a great script.

This film is good.

He’s been in lots of dancing films so will certainly be able to dance… and maybe act, we’ll have to wait and see on the singing. Country singer and TV dancer Julianne Hough will play female lead Ariel and Dennis Quaid will take over John Lithgow’s role and provide a name they can actually use on a poster.

Many years ago I was excited about a musical remake of one of my all time favourite films but now it seems like a big old mess. Prove me wrong Wormald! What a horrible surname to say. 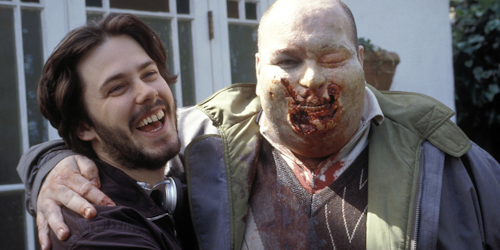 Forget Scott Pilgrim, forget The Avengers and forget Antman, the latest news of a collaboration between Edgar Wright and Joss Whedon is all too shocking and contains a swear word.

Anna Kendrick must be devastated as last night Wright revealed to MTV that he had been on a date with Whedon and things went a bit too far. “We actually met at Marvel. I was having a meeting and then he was having the next meeting. We met and then we got together for a drink after that.”

It doesn’t end there, “Alright, we’re having sex together. We’re having an affair. Me and Joss Whedon are totally fucking.”