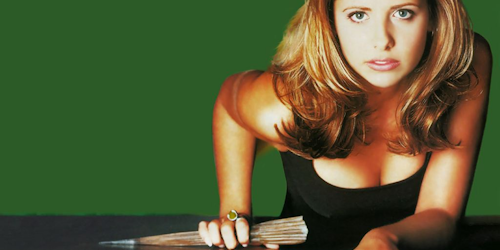 The rumours of a new Buffy film appear to be true. Written not by Joss Whedon but by Whit Anderson who is… someone apparently.

This is essentially a reboot, something that is happing to franchises much sooner these days with varying degrees of success. Oh Spiderman, how I love you.

I could happily go off on a rant about leaving well enough alone, but this is a particular franchise that I am a little too close to to be objective. Once the film is out I will be judging it, but not before. Here are four reasons I’ll be waiting to judge:

1. Reboots can sometimes be good.
2. Joss Whedon has messed up the franchise himself in the “Season 8” comics.
3. I actually enjoyed the original film, not a lot but it is fun.
4. No matter how bad the film is it can’t stop the original series being my favourite series ever.

Give me a year and I’ll be treating Whit Anderson like she’s James Cameron.