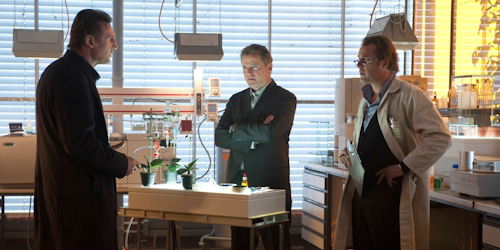 Film
After the giddy excitement of Taken in which Liam Neeson walked everywhere and killed everyone in pursuit of his kidnapped daughter, I was excited to see his latest outing as an action hero in Unknown. Sadly it was about as disappointing as Neeson’s brief appearance in The Next Three Days. The entire film can be summed up by the tweet below:

END_OF_DOCUMENT_TOKEN_TO_BE_REPLACED 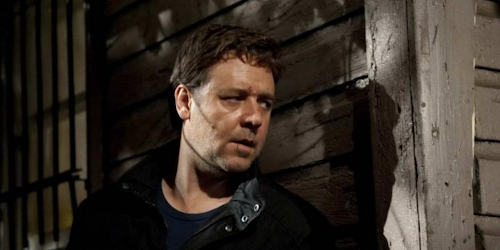 The Next Three Days
Man this is a bad, bad film. We even reviewed it this morning and our opinion hasn’t changed since then. But so that this post isn’t completely redundant here’s some new content: Elizabeth Banks sports yet another bad wig.

I saw The Next Three Days a few months back but was so uninspired that it’s only now that it is coming out that I can be bothered to review it.

What we have here is a dull, implausible thriller(?) that follows a teacher trying to free his wife from prison after she is arrested for murder. Russell Crowe is passable as the teacher in distress but can’t quite convince that this regular Joe is capable of breaking anyone out of anywhere.

As the wife in question, Elizabeth Banks does a good job of playing an ambiguous character as I was never quite convinced of her innocence. This ambiguity did however stop me from rooting for Crowe as I’d rather his possible homicidal wife stayed in prison.

The film does feature plenty of failures along Crowe’s journey to freeing his wife, an attempt to ground the fanciful film in realism that mostly succeeds in making the movie overly long and downright boring.

If you were thinking that despite all these flaws you still want to see the film for a bit of Liam Neeson or Olivia Wilde then you will be disappointed. Both are completely underused and their roles have very specific plot devices to perform. Neither character is developed but covers a plot hole and nothing more.

Reviews seem positive for The Next Three Days but in reality it is a dull, over-long and ridiculous thriller.