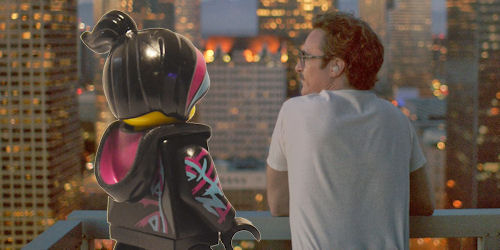 Cuban Fury
Nick Frost has nuzzled his way into our hearts through his work with Simon Pegg and Edgar Wright and so we really do hope that his first lead role serves him well. However… this British dancing comedy looks like it might, just possibly, not be very good. We wait with baited breath to see how it has turned out.

The Monuments Men
George Clooney writes, directs, and stars in a WWII remake of Ocean’s Eleven. Clooney has proven that he can direct in the past but sadly this film is getting universally terrible reviews. The trailer shows a harmless war caper but the reviews scream two star stinker.

The Lego Movie
In stark contrast reviews for The Lego Movie are all embarrassingly glowing. It is hard to say why the film is such good fun but Stephen has had a good go at it. All I know is that at a point halfway through the film I broke down into a giggling fit that I never really recovered from.

Her
I simply cannot contain my high expectations from this latest instalment in the Heavy Knitwear Science Fiction canon. The visionary Spike Jonze brings us the story of a man who falls in love with his operating system. This had better be the best film in the world ever or I am going to need some cake to cheer me up.

Tinker Bell and the Pirate Fairy
If for some reason you can’t decide whether this animated adventure is for you then let it be known that Tom Hiddleston (your next Benedict Cumberbatch) voices Captain Hook.

8 Minutes Idle
Caught up in a feud between his dysfunctional parents Dan is forced to sleep in the call centre where he works. In a surprisingly good dark comedy Dan struggles with life, love, and a ginger cat. My interview with novelist and screenwriter Matt Thorne can be found right over here.

Endless Love
Tame remake of a 1980s romantic drama. Where RoboCop lost the violence this loses the sex.

Love Is in the Air
“Antoine is a lawyer living in New York. On his way back to France for the final round of a job interview, Antoine finds himself sitting right next to his ex-girlfriend Julie. With a seven-hour flight ahead of them, they are going to have to speak to each other.”

Bastards
“Marco returns to Paris after his brother-in-law’s suicide, where he targets the man his sister believes caused the tragedy – though he is ill-prepared for her secrets as they quickly muddy the waters.”

Bette Bourne: It Goes with the Shoes
“The story of gay rights icon, Bette Bourne and a group of friends, performers & activists who took on the establishment with high heels and lipstick, playing a vital role in cracking open of society in the 70’s & 80’s.” 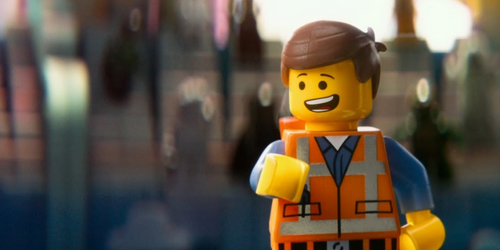 We’ve had it rough slogging through toy-based films like Battleship and the Transformers franchise and the future doesn’t look so bright either, what with the Monopoly and (sigh) Hungry Hungry Hippos offenses on the way. Right now though, everything is awesome – or at least, The Lego Movie is.

One part South Park: Imaginationland and Toy Story; two parts The Matrix and 3.9 million parts Lego, The Lego Movie follows Emmet Brickowski, just another instruction-following nobody who learns that the happy go lucky hive mind mentality of the Lego people is down to the quasi-evil, monopolizing Lord Business who seeks “total perfection” throughout the Lego realms.

Joining a group of Master Builders after he unwittingly discovers that he is the prophesised “Special” who will end Lord Business’ aesthetically-pleasing-but-admittedly-naughty reign, Emmet is trained to unlock his imagination and lead the rebels attempting to set the Lego people’s minds free.

If that plot sounds a bit like it was written five minutes after reading the introduction to a Joseph Campbell book whilst watching a Wachowskis film, don’t worry: writer/directors Phil Lord and Christopher Miller have never been all that great with innovative plotting. However, like with their unexpectedly amazing films Cloudy With A Chance Of Meatballs and 21 Jump Street, Lord and Miller make up for lax narrative with juvenile humour, manic on the nose dialogue and a fast-paced energy that even six year-olds struggle to keep up with.

Whereas previous direct-to-DVD films and tie-in webisodes used realistic environments to help create their universes The Lego Movie comprises entirely of Lego pieces – excepting a couple of real world objects like highlighters and batteries as mystical ‘relics’ – creating an imperfect but quirky and unique style that grabs. Just wait until you are bobbing in the Lego sea or watching a cloud city explode and try to deny the beauty of this bitty animation; Frozen may have pretty snow and The Croods, gorgeous vistas but this is where the good stuff’s at.

This uber cool style, the aforementioned silliness and its immersively seamless hybrid of CGI and stop-motion puts us firmly into kid-mode and only the grumpiest of grumps will fail to see The Lego Movie’s merits. You’ll be running into the closest Argos as soon as the credits begin to roll.

With a sprawling cast of great voice talent and a solid 89 minutes of the film’s 100 comprising of some serious rib-tickling it’s hard to pick fault with the film’s tendency for schmaltz and tenuous plotting. On offer are double-decker sofas, tongue in cheek complaints that Lego instruction manuals are hellish and the most catchy (and clean) Lonely Island song you might ever hear. The Lego Movie is worth the wait that we never knew we were even waiting.

The Lego Movie is in UK cinemas from February 14th.