What you will find is my gut reaction and my opinions for each category (apart from Best Original Song and Best Original Score as that is not my strong suit) whether you want it or not. END_OF_DOCUMENT_TOKEN_TO_BE_REPLACED 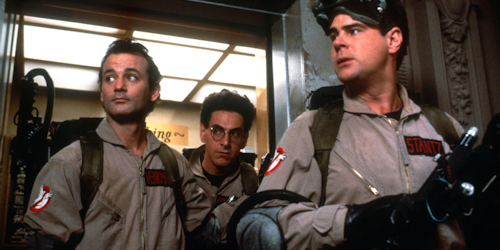 Anonymous
Ronald Emmerich is usually to be found directing an epic disaster movie where the majority of the world’s landmarks get destroyed. For a change of pace he is now tackling a period drama surrounding the theory that Shakespeare didn’t write all of his plays. At some point a spaceship will obliterate The Globe during a performance of Hamlet.

Demons Never Die
Eight London students form a suicide pact but their plan is ruined when a masked killer starts to murder them one by one before they get a chance to do it themselves. This presumably triggers a will to live in the gang when they should be grateful for someone doing their dirty work for them.

Ghostbusters
With rumours of a third film still swirling around going nowhere, the original classic is back in cinemas. You could do a lot worse this weekend than seeing this beauty on the big screen.

The Ides of March
One of the few films I wanted to see at the London Film Festival but couldn’t. Clooney continues his extremely varied career as director with a political drama starring man of the moment Ryan Gosling.

The Silence
German crime drama surrounding one week of an investigation as a young girl is found dead in circumstances mirroring a crime 23 years in the past.

Sket
An “urban retribution thriller film set in East London”. After her sister is killed Kayla joins a girl gang to seek revenge. The Urban dictionary has some colourful definitions of “sket”:

An American in Paris (limited release)
Gene Kelly in an all-singing, all-dancing love story. As the tagline for this 1951 film says, “What a joy! It’s M-G-M’s Technicolor musical!” Ooh, technicolor.

Miss Bala (limited release)
A young woman just wants to be a beauty queen but instead gets involved in organised crime in Mexico. Let’s face it, we’ve all been there.