Sundance has come to London! We were excited when we heard the news, even though it felt a long way off at the time. Yet over a year later, the spiritual home of American indie cinema really has ventured out of Utah for four days in our capital, albeit in the Millennium Dome O2. This government white elephant turned massive marketing exercise is not a venue that fosters a feeling of independent filmaking and it was quickly evident that Sundance has heard this criticism a lot: during his introduction to Safety Not Guaranteed, festival director John Cooper declared that a lot of people had asked why the O2? He gestured at the gigantic (and Sky sponsored) screen behind him. “Look at this screen! Films look amazing on it and that makes filmmakers happy.” Which is all very well if you’re in the perfect seat but scant comfort when you’re craning up from the fourth row. Oh well, moving on, what about the film?

Before the screening, director Colin Trevorrow claimed that Safety Not Guaranteed is a film that embodies the spirit of American indie filmmaking. Describing the fight to get movie financing as an example of the American can-do attitude in the face of seemingly impossible circumstances, that same attitude is shown by one the story’s main characters. Which makes it a real Sundance film.

Wanted: Someone to go back in time with me. This is not a joke. You’ll get paid after we get back. Must bring your own weapons. Safety not guaranteed. I have only done this once before.

Darius (Aubrey Plaza) is your disaffected, wise-cracking cynic who is making no money interning at a magazine. When the above ad appears in the classifieds, one of the journalists, Jeff (Jake M. Johnson) – cheekily lovable douche – pitches it as a potential story and takes Darius and another intern, Arnau (Karan Soni) – socially-inadequate Asian nerd – to check it out. On arriving in the Washington coastal town that is their destination, Jeff sets off to track down an ex from when he was 18 and leaves the interns to do all the legwork. Through this they find Kenneth (Mark Duplass), who apparently really is convinced he can travel back in time, and it’s up to Darius to get past his guard and dig out the real story. In a nice touch, during the post-film Q&A Trevorrow revealed that the original writer of the real classified ad appeared in a cameo role.

Apart from Kenneth, who stands apart as a fascinating soul, you’ve seen these characters often, although with the slight twist that almost everyone acts as if they’re teenagers stuck in adult bodies. Which at one point I thought was going to be an actual plot twist in the naively sweet Kenneth’s case, so fixed is he on past slights and childhood traumas. But no. Regret has taken over all the characters to such an extent that their personalities all seem cemented in the past in some way. This is particularly evident in selfishly hedonistic Jeff, who appears determined to force Arnau into making the same mistakes he did.

While each character’s arc is disappointingly predictable, so are the film’s basic values – you know the ones:

The premise is a fun and genuinely intriguing one and there are real laughs and touching moments but this low-budget HeKniSciFi brings few surprises. It’s a gentle narrative, smoothly put together so it was a surprise that the ending, with the most ineffective special agents I have ever seen on screen, was suddenly too clunky to bring any actual tension to the conclusion.

The whole piece is well-acted and Aubrey Plaza carries the film comfortably but charming as it can be, Safety Not Guaranteed is indie comedy drama by-the-numbers.

I’ve long wanted to make the trip to Sundance for a bit of snow, some great indie cinema and the hope of bumping into Zooey Deschanel. Now I don’t need to wait so long as Robert Redford has announced that in 2012 we will get Sundance London.

Running from April 26 to April 29, 2012 at The O2 the mini festival will also include debates, panel discussions and music alongside “very best in current American independent cinema”.

This is very exciting news (trust me, you should be excited) and will allow some films their only screening in the UK. It’s just a shame that the mini-festival isn’t until next April, rather than next month.

Whether the rather clinical O2 will manage to capture the magic of Sundance is yet to be seen, I hope they can afford a big enough snow machine. 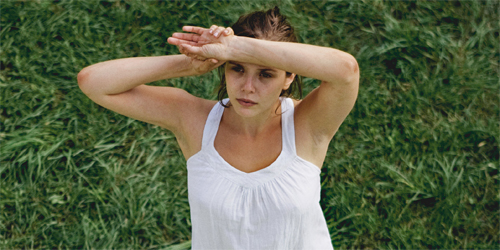 We didn’t spend the whole ten days of Sundance jealously scrounging for news while stuck in an airless office in grey London. Not at all. But now that the only thing Park City has to look forward to is sub-zero temperatures and a whole lot of snow (ha! Take that, Utah!), Mild Concern sorts through the film sales and picks out the ones to watch out for when some studio exec decides they can see the light of day. (We’re still waiting for Hesher from last year’s Sundance.)

Sundance was a strong festival for Mild Concern favourites. First up (and previously teased): Like Crazy – the long distance relationship drama starring Anton Yelchin and, more importantly, Felicity Jones. We do like to see all this buzz around our fellow East London resident. Don’t forget us when you’re a Hollywood starlet, Felicity.

Having already peeked at the next tip due to this blog’s stalking casual interest in the roles of Ms. Deschanel, My Idiot Brother stars Paul Rudd as a pot-dealing idealist who disrupts the lives of his three sisters in what is hopefully a non-bromance film. At last!

Tired of seeing Paul Bettany wasted in bad films? Or period dramas? Or as English villains? Or as a disembodied voice at the beck and call of Robert Downey Jr? Well how about seeing how he does as a banker? Or at least, Margin Call is set in an investment bank during 24 hours in the financial crisis so we might be extrapolating a bit. It’s a thriller, really! Also looking to enthrall you with numbers and graphs is writer-director newcomer, J.C. Chandor and the combined acting force of Kevin Spacey, Jeremy Irons, Stanley Tucci and President of the Earth, Mary McDonnell.

From an established cast of big names to Homework. Billed as a ‘coming-of-age romantic comedy’, it can only be filled with actors that make me show my age when I ask, “Wait – aren’t they 10 years old?” Case in point: little Charlie of Chocolate Factory fame (Freddie Highmore) and blonde starlet, Emma Roberts, who I haven’t seen in anything since she was 10. It’s got a lot of buzz and has an indie poster. It even has music from The Shins.

Does having celebrity older siblings who have demonstrated how to have a car crash of a youth acting career make you more likely to go about having a similar career in a more sensible manner? That’s probably a question that requires more research (and better editing) but if we take a sample size of one and make that one person Elizabeth Olsen, then the answer is yes. I am weirdly excited about Martha Marcy May Marlene, which stars Olsen as an escapee from a cult and tracks between her time there and her failing attempts to re-assimilate back into her life. Sounds like the girl has made some good choices; just make sure you finish that Psychology degree, Elizabeth – hey, it worked for Portman.

Every time we hear about good stuff that the UK Film Council has done, we get a little sinking feeling because we worry for its future. The Guard, starring Don Cheadle and Brendan Gleeson, inspires that sinking feeling. Drug smuggling, FBI agents and reluctant Irish village police. It’s either a crime thriller or a farcical comedy! (It’s a thriller.)

I’m rounding this section off with The Details – Elizabeth Banks, Tobey Maguire and Laura Linney. Apparently it’s about the ridiculousness of the every day, involves a raccoon-ruined lawn and is a comedy that isn’t going to provide obvious jokes for a trailer. Got to be worth a look, just for that. 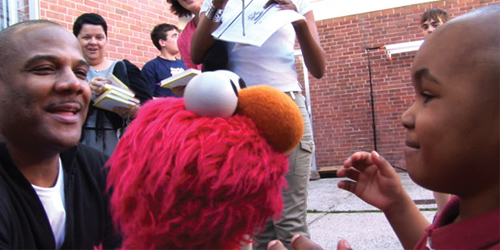