I’m five days into the festival now and starting to hit my groove; the films get better and I’m slowly forgetting what life was like before the festival began. 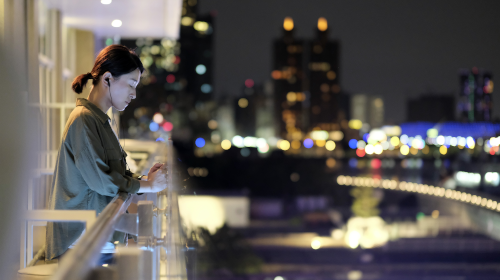 The family’s trip to Taiwan is carefully stage-managed, with the director’s mother taking part in a sightseeing bus tour while her banished family members follow along in taxis while pretending to be family friends who happen to live nearby. Liang directs the film with a gentle pace, his love of long shots clearly a staple of his work as he has a taxi driver criticise the fictional director’s work for the very same trait. Through the family’s interactions we learn of the difficulties inherent in speaking out in China. The directors critical work has not only forced her to relocate but has a lasting effect on those she left behind. And as she prepares for her latest semi-autobiographical film we see the deep emotional effect creating art from her life has on her.

While at times testing the audiences patience A Family Tour is a moving film with a serious message to share. Go see the film the Chinese government would rather you’d never heard of.

A Family Tour screens at the festival on 15th, and 16th October. 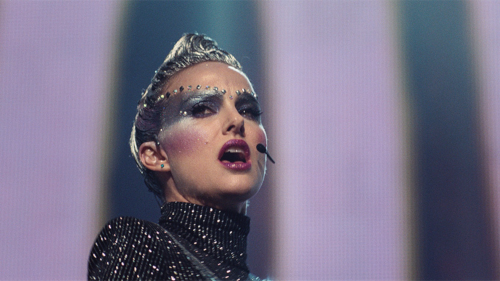 In a film narrated with a wry gravel by Willem Defoe we see the career of a pop diva flicker into life after a near death experience. Celeste (Raffey Cassidy & Natalie Portman) is Lady Gaga, Sia, and Taylor Swift rolled into one glittering star. We first meet Celeste at school where a tragedy thrusts her into the spotlight, in which she performs a song with her sister (Stacey Martin) and enters the nationas hearts. From this small level of fame she is plucked by a manager (Jude Law) and when we next meet her in 2017 she is a household name preparing for her comeback tour.

Vox Lux presents us with the musical artist as deity narrative with its tongue firmly in cheek. This is the darkest of comedies and opens with, what I imagine will be, controversial scenes and from there holds celebrity to the light so we can see right through it. In the film’s first half Cassidy gives us the fledgling version of Celeste. She is nervous and unsure of herself but is gradually finding her inner confidence. By the time Celeste has morphed into Portman we have a strutting, quaffed, and sequined nightmare to deal with.

A film that walks with a swagger and doesn’t care if you like it or not. Can you tell I loved it?

Vox Lux screens at the festival on 15th, and 16th October. 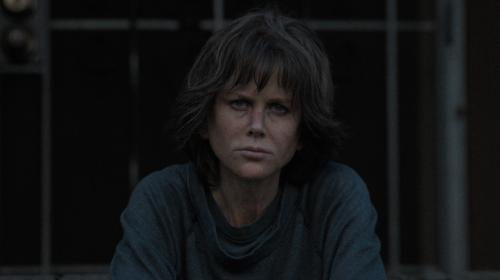 “Nicole Kidman as you’ve never seen here before!”, is precisely what this film wants us to say about it. But do you know what? Destroyer does show us Nicole Kidman as we’ve never seen her before so… well done them. Kidman stars as Erin Bell, a deeply troubled detective who is forced to confront a past trauma when an old adversary reappears on the scene. Bell is a broken woman; a non-functioning alcoholic, failed mother, and a shell of a human being. As she hunts down her nemesis she revisits members of a gang she once infiltrated and we see glimpses of the past that created the ghoul we see before us.

Kidman is at her best playing both the nervous novice cop and the hard-boiled, and well pickled, detective she becomes. Director Karyn Kusama, fresh from impressing with The Invitation, has created a crime classic with a worn-in authenticity and gripping scenes of both explosive violence and quiet reflection.

There are a few silly moments and clunky lines of dialogue but I would happily put Destroyer alongside Hell or High Water as crime dramas I will happily watch a decade from now.

Destroyer screens at the festival on 14th, 15th, and 20th October before being released in the UK on 25th January 2019.