Day three of the London Film Festival saw me avoiding the big hitters in search of a hidden gem before hitting up the surprise film in the evening. As you’ll see I had mixed success…

Carol Morley’s first film, The Falling, marked her out as a new talent with an uncompromising style and introduced the world to the wonderful Florence Pugh. In her follow up she turns her attention stateside and treads more familiar ground with a noir murder mystery. Clarkson stars as a detective investigating, with magnifying glass and everything, a killing that brings to the surface repressed memories from her own life.

I wanted so badly to like this film that it hurt all the more that I couldn’t. If most aspects of a film jar does that make it coherent? The dialogue was heavy-handed, some of the acting from supporting parts was ham-fisted, and the visuals, in sharp contrast to The Falling, were bland. When a whodunnit becomes a whocares you know you’re in trouble. 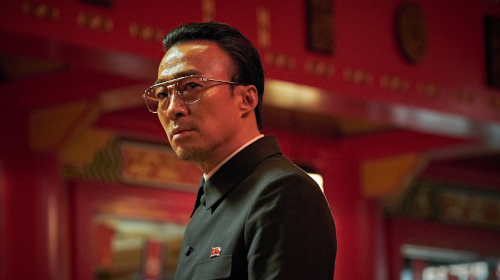 It is the mid 1990s and a South Korean spy is recruited to head North and find out what their nuclear capabilities are. With the code name “Black Venus” our spy, played by Hwang Jung-min, deliberately gets himself into a crippling level of debt before reinventing himself as a businessman with an interest in trading with the DPKR. Before long we are deep in a plot involving numerous briefcases of money, advertising deals, and a few appearances from Kim Jong-il himself.

The film looks nice and glossy and is filled with period detail and good actors in boxy suits. The plot at times gets more complex than my tired brain could follow and the film dispenses with tension in favour of endless reams of dialogue. The result is a spy thriller that delivers a history lesson rather than many actual thrills.

The Spy Gone North is a fascinating peek into the history of relations either side of the border in Korea but is a film that could do with a little less conversation and a little more action. Bonus points however for a lovely bromance that holds the film together across the DMZ.

The Spy Gone North screens at the festival on 11th, 13th, and 16th October.

In our first example of HeKniSciFi of the festival Ansel Elgort stars as both Jonathan and John; two brothers who share the same body for 12 hours a day each. Only able to communicate via video messages the two brothers live a life of strict routine and a few simple rules. Their carefully controlled world starts to crumble when Jonathan suspects John of lying to him and the brothers find themselves in conflict. What do you do when you fall out with the person closest to you, and you share the same body?

Duplicate is a lovely example of what I would call proper Science Fiction; it explores an idea to see where it leads without the distractions of spaceships, flashing lights, or killer robots. I won’t spoil how things unfold but Duplicate sticks to its remit and explores emotions over explosions and offers up a healthy dose of self reflection.

A smart slice of science fiction that is pleasingly unsoiled by genre trappings.

Duplicate screens at the festival on 14th, and 16th October. 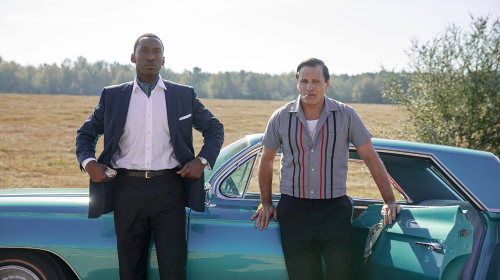 The big surprise about this year’s surprise film was that it was a film I had never heard of, and a film I probably have never gone to see if I had. Even more surprising was the fact that it is a film directed by Peter Farrelly that is a relatively straight drama without any scenes of semen in hair.

Green Book is set in 1960s America and follows the tentative working relationship between touring classical pianist Don Shirley (Mahershala Ali) and his new driver/valet Tony Lip (Viggo Mortensen) as they drive between gigs in the American South. But wait, there’s a twist! Don Shirley is an African-American which makes his time in the South complicated and Tony is a massive racist (to begin with at least) which makes his time working for Shirley a fraught experience.

Through the film we repeatedly see Don Shirley experience a strange mix of respect and discrimination; often performing at venues at which he cannot use the same facilities as his audience. Meanwhile Tony gradually becomes (spoiler alert!) less and less racist as he finally gets to see what life is like for someone on the receiving end of his prejudices.

The film is well made, built on top of two solid central performances, and filled with plenty of laughs with a final tug on the heartstrings at the end. I can’t decide if it oversimplifies Tony’s transformation or not and whether that even matters. Green Book is a fun film with a serious heart. It isn’t going to trouble the Oscars or my DVD shelf but it not to be sniffed at either. A solid “it’s OK” from me.

Green Book is released in the UK on 1st February 2019.