Parker
Jason Statham, J-Lo, and Michael Chiklis star in a film about a thief who is double-crossed and so decides to double-cross those who trespassed against him. One of the IMDb plot keywords is “broken rib” putting it in the same category as films like The English Patient and… the pilot episode of Burn Notice. Stirring.

Oz the Great and Powerful
James Franco stars in this Sam Raimi-directed prequel in which we see how the wizard came to Oz and how the wicked witch became wicked. This is no relation to that stage musical you may have heard of. They are both set before The Wizard of Oz but differ in how they set it up. In fact I think it is important for fans of either one to pick sides and possibly fight.

The Guilt Trip
If you hate your mother you might consider taking her to see this road trip comedy about a mother and son starring Seth Rogan and Barbra Streisand. I don’t hate my mother and don’t even hate myself enough to want to sit through this film.

Side Effects
Steven Soderbergh allegedly finishes his diverse film career with a psychological thriller about a woman experiencing some bad side effects (it’s the name of the movie) when taking medication. Expect to see him skulking around your TV sometime soon.

Robot & Frank (limited release)
A possible bit of HeKniSciFi as an OAP in the near future forms a friendship with his robot health assistant. Kat called the film “a gentle and enjoyable film that’s easy to get lost in for 90 minutes – it’s left me feeling really quite affectionate about it”.

Fire With Fire (limited release)
Action crime drama starring a slightly bored looking Bruce Willis. You can’t help but feel like Bruce would like to do more Moonrise Kingdoms and Loopers and less mindless action fare.

Broken (limited release)
Tim Roth stars in a film I keep hearing about. He is the father of a young girl who witnesses a violent attack. Expect to cry.

Babeldom (limited release)
“Against the backdrop of a city of the future, a portrait is assembled from film shot in modern cities all around the world and collected from the most recent research in science, technology and architecture. This exceptional documentary is a one-of-a-kind poetic treaty discussing the concept of the city.” So says the ICA, the artiest cinema in London I dare visit.

Gelmeyen Bahar (limited release)
Turkish film with very little information online in English. All I can find out is that the film is in colour and daren’t presume that it will even have subtitles.

Verity’s Summer (limited release)
British drama about a family dealing with the aftermath of a man’s actions while at war in Iraq.

The Princess Bride (limited re-release)
I don’t know where or when but somewhere and sometime this week one of the greatest comedies of all time will be back on the big screen. Go see it and have yourself a good old-fashioned LOL. YOLO after all. 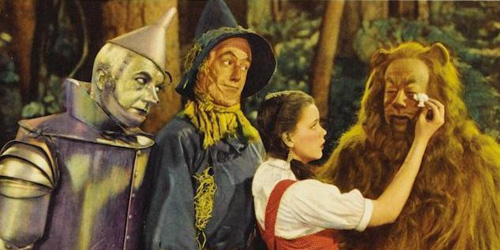 When Sherlock Holmes entered the public domain a few years back two different projects were announced and over time the version starring Sacha Baron Cohen has been completely buried by Guy Ritchie’s crack at the famous detective. When it comes to The Wizard of Oz, which came into the public domain in 1956 it is right now that a large number of adaptations are in the works and they don’t seem to bothered by the competition.

Rumours were running wild yesterday about Robert Downey Jr. teaming up with Sam Mendes in a prequel called Oz The Great and Powerful with Downey Jr. as the great wizard himself. Warner Bros. are getting into the Oz game with two different films, the first of which will be a straight forward remake of the classic film called simply Oz. The second film, Wizard of Oz, will be a more modern take as Dorothy’s granddaughter returns to Oz to fight evil. Universal also has a film they want to make; a film version of the hit musical Wicked as loved by theatregoers everywhere.

With all these new films in the works, Tim Burton’s version, Sci-Fi’s woeful Tin Man from 2007 and Over the Rainbow on the BBC Dorothy and her ruby slippers seem to be everywhere. I have no idea why now is the time for Oz to take over the cinema but with so many versions soon to trickling into cinemas at least one of them has to be good.