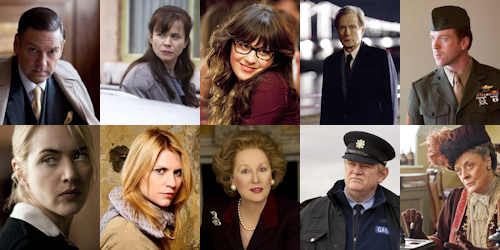 What you will find is my gut reaction and my opinions for each category (apart from Best Original Song and Best Original Score as that is not my strong suit) whether you want it or not. END_OF_DOCUMENT_TOKEN_TO_BE_REPLACED

Mildred Pierce is a new miniseries fresh from HBO in America and shown on Sky Atlantic to prove that America is capable at making a good period drama too, though with less Hugh Bonneville.

Mother of two, Mildred Pierce, played by lovely Kate Winslet, is swiftly left by her husband. Having to fund herself she goes looking for work… and then she finds it. Yes, this is most certainly the first episode; not a huge amount of excitement but plenty of establishing of plot, era and character.

Everything looks great, almost cinematic if not playing in the wrong aspect ratio on my decrepit TV set, and the acting is top-notch… just not a lot happens. Luckily with the quality of production in Mildred Pierce you will most likely look past a lacklustre start with the hope of a more riveting continuing series.