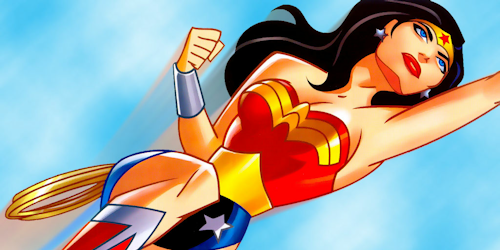 No doubt inspired by Marvel and their assembling Avengers Warner Brothers have quietly been putting together their own mass superhero film by hiring Will Beall to write Justice League. Justice League are the DC Comics version of The Avengers and include the like of Wonder Woman, Batman and Superman. This is all very well and good but it was something else in Variety’s article about this news that caught my eye; a new screenwriter has been hired to write a Wonder Woman film.

The screenwriter in question is Michael Goldenberg a man whose major credits include Harry Potter and the Order of the Phoenix and the recent Green Lantern film, on which he was one of seven scribes. I will now blindly judge Goldenberg on Green Lantern‘s performance as it serves as his sole comic book adaptation experience.

Scoring just 27% positive reviews over at Rotten Tomatoes and only just managing to earn back its production budget during its cinematic release Green Lantern was a critical and financial flop. Is this really the right man to put together a major film for Warner Brothers?

Five years ago Warner Brothers abandoned another Wonder Woman project, a project which had a relatively unknown writer-director on board. The studio and screenwriter were trying to make two different films and so in February 2007 they parted ways amicably. The writer in question was Joss Whedon, the man who recently wrote and directed Marvel’s The Avengers which was the opposite of Green Lantern in both its financial and critical success. Warner Brothers already have a script from Hollywood’s hottest superhero writer for a Wonder Woman film so why are they not rushing it into production?

I’m sure they have their reasons, presumably it doesn’t tie into their plans for the Justice League film, and if Whedon had been judged as harshly as I just judged Goldenberg he wouldn’t have been allowed anywhere near the Avengers set – his first film hardly set the box office on fire. I’m just intrigued as to see what Joss Whedon’s Wonder Woman would look like.

Crap, I still need to see The Avengers…

Joss Whedon has always been a big name in my circle of friends. This is the man who brought us Buffy and Angel, the man who made the short-lived and overlooked Firefly, and the man who made Dollhouse – a series I’m still trying to forget.

Now Whedon’s Avengers is breaking box office records having just had the biggest US opening weekend of all time. Joss Whedon is suddenly king of the blockbuster, the man can do no wrong and wears a crown made entirely of frozen fanboys’ tears of joy. This achievement is all the more impressive when you consider the fact that this is Whedon’s second film as director and that his first attempt was nowhere near as successful.

Serenity has a few things in common with Avengers; featuring an ensemble cast banding together to share witty dialogue and fight the good fight against bad guys from outer space. That’s pretty much where the similarities end. Serenity had no big-name actors compared to Avengers, which hired the entire contents of IMDb. The budgets are separated by $180 million with Avengers costing the same as five and a half Serenitys. The origins of each film’s mythology are also wildly different; Avengers having had six feature films preceding it and decades of back-story in comic form, while Serenity was a spin-off from a 13 episode TV series that was never aired in full.

Joss Whedon’s talents as a film-maker have always been there. What has changed in the past seven years is that he has finally been given an audience willing to watch. When Serenity came out I was in full fanboy mode and saw the film three times before it was even released, a feat easily trumped by a number of other fans, but the general population barely noticed its appearance. In total Serenity made less than $40 million in cinemas, while Avengers has already made well over $700 million and counting.

Joss Whedon has only released two films as a director and they are barely comparable. His third bucks the trend even further, an adaptation of Much Ado About Nothing shot in black and white in a matter of days at his own house. Whedon is sure to be a success in the future but it looks like he’ll be keeping us guessing with each new film. Now where’s my Giles spin-off?

Bear with me. We all know I’ve been struggling with the title of today’s release. The only way I could make grammatical sense of Marvel Avengers Assemble was to try out a similar word configuration using another studio and its characters. For whatever reason (a childhood rich in animated joy) Disney Princesses Assemble was what sprang to mind and the above image naturally followed as a result. Can you believe I’m single?

Marvel Avengers Assemble
The film with six prequels finally arrives today and we get it a whole week before America. Take that Obama*! Joss Buffy Whedon brings us the film in which all of Marvel’s much-loved superheroes (and Hawkeye** with a pathetic looking bow) unite to fight some aliens as lead by Loki, Thor’s adoptive brother. This year’s first spandex-filled blockbuster looks like a lot of fun and with Whedon involved we’re guaranteed a quip for every explosion.

*I love you really, not least because of this
**I’ve not heard of him either 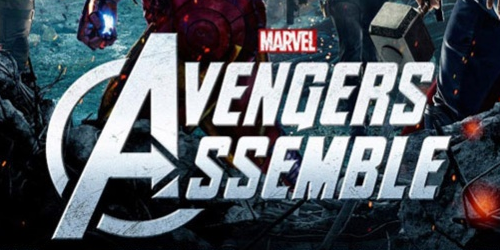 Two very poignant lines as spoken by two of popular culture’s most ubiquitous female characters. Maybe the name of something doesn’t matter but it still would be nice to have a clear idea of what that name is. I’m looking at you Upcoming Superhero Film From Joss Whedon About Those Avengers Guys.

Back when it was announced that the UK would be getting an alternative title to America and everyone started calling the film Marvel Avengers Assemble I thought people were just being a little too literal in reading the logo from the poster (above). The title everyone kept repeating just sounded silly, surely that couldn’t the name of one of this year’s biggest releases? It’s time for another of my pointless investigations. Avengers Assemble or Marvel Avengers Assemble? Cue theme tune…

As in any such investigation my first port of call was IMDb, hallowed ground for any film fan, as was presented with precisely what I wanted; Avengers Assemble. Knowing better than to simply accept one source as gospel I double checked with the Film Distributors’ Association, they have to get it right. Sadly they offered up Marvel Avengers Assemble. Bugger.

With conflicting information I thought maybe the film’s official UK website would settle the matter but it was not that easy. They claim that the film is called Marvel’s Avengers Assemble adding an extra letter and some punctuation. Has the world gone insane!? There’s only one group who can settle this dispute, a team who legally have to get the film right. Time to check out the BBFC.

Marvel Avengers Assemble it is then. Confusion over.

Side-note: I thought it odd that the UK were getting the studio name tacked onto the start of the film’s title when the US were not. Then I checked out the MPAA’s website (they’re like the American version of the BBFC but less cuddly) and they list the film as Marvel’s The Avengers.