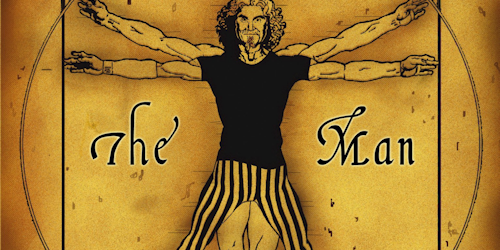 I’m afraid, and I’m sure you’ll be relieved, that this will be a brief review. me and Billy Connolly have a troubled past, I’ve always found him too shouty and sweary to be funny and know too much about his past thanks to his many trips to Parkinson.

But now sadly Parkinson is off the TV and I thought it time to give Billy another chance with his latest stand-up DVD. He has changed a bit, but not for the better.

Rather than the angry man he used to be Connolly came off as slightly whiny and had nothing new or ground-breaking to say in his routine. It was pretty standard stand-up that frankly got a little boring. And it’s not just me who thinks so.

After sense checking with a few other review it seems even Connolly fans have found this latest DVD a little lacklustre and not up to his usual standard.

and for some reason on Blu-ray 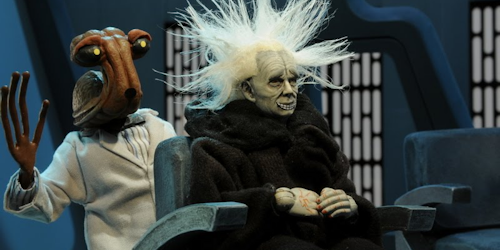 If you’re not familiar with Robot Chicken then all you need to know is that it is an adult stop-motion sketch show made with toys, co-created by Seth Green, filled with pop-culture references and celebrity voices. Where toys, pop-culture and geekery combine you get Star Wars merchandise and Robot Chicken is no stranger to the odd Star Wars sketch. On top of the odd sketch Robot Chicken has now made two dedicated Star Wars episodes which are coming out in one box set on Monday exclusive to HMV.

But are the episodes any good? As with any Robot Chicken the sketches are a mix of hits and misses. For me Robot Chicken is at its weakest when resorting to toilet humour and thanks to Lucasfilm’s involvement it seems that this element has been toned down so the misses are few and far between. A lot of the sketches are funny and a few even hilarious, though sadly a few do fall flat. Proper Star Wars fans will be happy to hear the voices of the actual actors in some of the parts, and will understand the jokes better than I do.

Where the DVDs really excell are in the extras, on top of some bonus episodes are more special features than there is actual Robot Chicken and like the show itself range from the brilliant (in-depth “making of”s) to the dull (endless TV links).

So if you’re a Robot Chicken fan or even a Star Wars fan with a sense of humour you can get the DVD from HMV here or in-store.

I got the above email from Amazon today, I’d been wondering when Scott Pilgrim was coming out in the UK on DVD and we now know it’s not until December 27th. Boo!

At least we can all pre-order it on Blu-ray 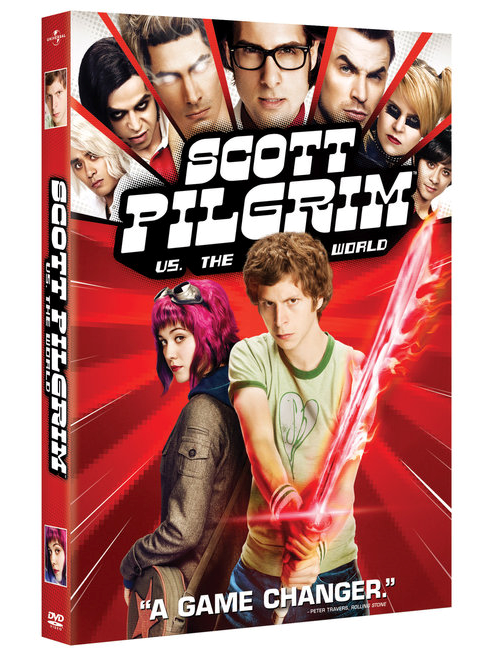 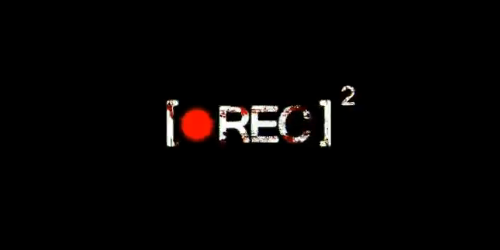 As it’s a slow news day I will take the opportunity to do some plugging. Next week on 20th September [REC] 2, the sequel to a film that made me cry out in fear in a literal and embarrassing way, comes out on DVD.

There’s a little trailer below that I was going to dissect but ended up just freaking myself out. So rather than look at some low resolution stills of gruesome things watch the trailer and get yourself all jumpy.

As the video suggests the DVD

are available on the 20th, and of course if you haven’t seen [REC] you can buy that on DVD

too. Seriously, this is a horror film done right.

This is one bit of promotional material I am fully behind. Don’t bother with Quarantine though. 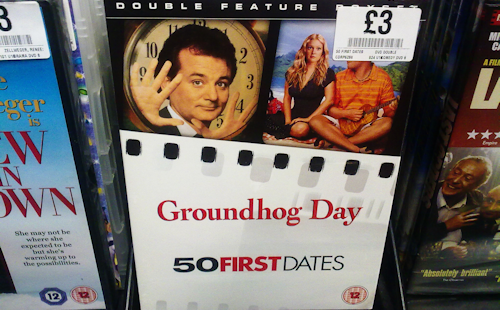 While roaming the shelves of Fopp, a favourite if financially dangerous haunt, I came across the above DVD boxset. Now I won’t argue that £3 is a bargain of a price and it is the very reason I find shopping at Fopp so irrestistable, I just marvel at the fact that Groundhog Day has been paired with 50 First Dates. One is brilliant and the other horrible, I’ll let you guess which is which.

I can only imagine that they were paired as they involved a man constantly repeating his first date with a woman who has no memory of their previous dates. Kind of.

Today the brilliant Zombieland is out on DVD and far superior Bluray. There is no reason for you not to buy it, and quite a few reasons you should.

Jesse Eisenberg heads up the cast of four survivors of a zombie apocalypse, and cements his ownership of the title “star of the future” which he picked up for his performance in Adventureland. Woody Harrelson makes himself relevant again while Abigail Breslin kicks more bum than in Little Miss Sunshine and Emma Stone plain makes my face smile. Highlights include the wonderful use of slow-mo, a rare non-pretentious voice-over and that surprise cameo. Beyond giving me a long term craving for a Twinkie Zombieland stuck with me long after I left the cinema and is an experience I would happily go through again. I guess that’s what Bluray is for.

Zombieland is scary, funny and at times genuinely touching, there are few films from last year this enjoyable. Hey, why not buy it from one of these handy links, I might even get some money that way.