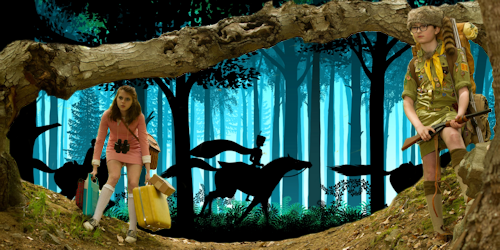 Men in Black III
You can get bogged down in the fact that this is a threequel to a film released way back in 1997, that the first sequel was pretty terrible, and that it is in the scourge of the decade – 3D. I’d much rather focus on the fact that the film features both Emma Thompson and Jemaine Clement and get a little bit excited.

What to Expect When You’re Expecting
Five couples having babies experience comedy drama through interconnecting plot stories. It’s the comedy for people at the stage in their life when everyone around them seems to be pregnant. With a cast of thousands (almost) this feels like a pregnant version of He’s Just Not That Into You and that was an awful film.

Moonrise Kingdom
Wes Anderson is back! A bit of a Marmite director, Anderson is either the king of film or an idiot hipster making dull, smug films. I think he is wonderful and can’t wait to see this latest release in which a young boy and girl run away together with a search party in their wake. Guaranteed to be visually pleasing, tightly written, and to have Bill Murray in funky trousers.

Tales Of The Night (limited release)
Six short stories told in a beautiful silhouette animation style. Why not read Kat’s review where she gushes about the visuals, rants about the 3D, and gets annoyed by the “wet” female characters.

Free Men (limited release)
During World War II an Algerian in Paris makes friends with a Jewish man and joins the resistance against the Nazis. Imagine ‘Allo ‘Allo! with some moderate violence.

Barbaric Genius (limited release)
“The remarkable story of John Healy’s rise from wino and street thief to chess master and award-winning author.” Turns out his book was about his time as a wino: the Russell Brand of 1988.

Personal Best (limited release)
Filmed over four years this documentary follows British sprinters as they train and compete with the aim to join the team for the 2012 Olympics. Coming out just before the Olympics this documentary is in danger of lacking an ending.