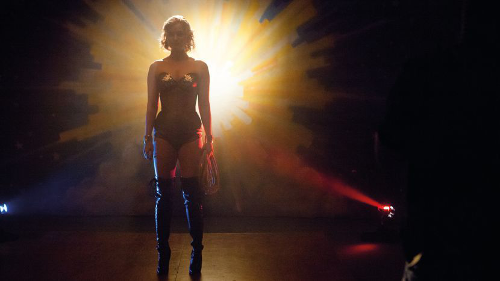 Professor Marston (Luke Evans) and his wife Elizabeth (Rebecca Hall) invent the lie detector, enter into a polyamorous relationships with a student (Bella Heathcote), and then pool these influences to create the most popular female superhero Wonder Woman. This film may look like a typical period drama but contents may include feminism, sadomasochism, and scenes of a progressive nature.

The film offers a fascinating look at the way Wonder Woman was specifically designed to insert feminist values into the mainstream; something that remains all to relevant today as the reception to the recent Wonder Woman film has shown. That said the focus is definitely on the Marstons rather than on Wonder Woman herself.

With all its good intentions and potentially subversive content Professor Marston & the Wonder Women still feels a bit too safe. Despite three great central performance, Rebecca Hall as strong as ever, I never got the sense that the characters existed outside of the scenes shown in the film.

A refreshing change to the norm but a few degrees short of authentic.

Professor Marston & the Wonder Women screens at the festival on 12th and 15th October and is in UK cinemas from 19th November.

Anyone who has seen S. Craig Zahler’s previous film Tomahawk will never forget its slow build to a shocking and violent climax. In his second feature Zahler has repeated this pattern with multiple waves of calm building to increasing extreme explosions of brutal, graphic violence.

An unrecognisable Vince Vaughn stars as Bradley (not Brad) a man who tries to live his life right and by a strict, if questionable, moral code. Unfortunately events conspire against him and Bradley finds himself descending deeper and deeper into a spiral of savagery as he is forced to use brutality to protect his family.

Starting off grounded in reality Brawl in Cell Block 99 evolves into a bloodthirsty fantasy that makes excellent use of practical effects. This film is not for the faint hearted as the visceral sadism had me audibly wincing and a fellow audience member covering their mouth with a handkerchief, their glasses in hand.

A masterpiece of the macabre. Not one to watch alone.

Talented scholarship student Lynn starts at an expensive new school and finds herself surrounded by wealthy classmates whose parents have paid their way to better education. When exams loom Lynn is seduced by money she and her father desperately need to help her less gifted fellow students cheat.

After initial success Lynn and friends get more and more ambitious, and greedy, and try to pull off bigger and bigger cheating schemes. Imagine Ocean’s Eleven set at a Thai school complete with slick camera moves, double-crossing, and increasing complex cons.

The film is a lot of fun and has a superb young cast led by Chutimon Chuengcharoensukying. The film is sadly let down by an unjustifiable runtime of over two hours and an ending that jars with all the fun had up to that point. There’s a perfect film hidden somewhere in here.

Bad Genius screens at the festival on 13th and 15th October. 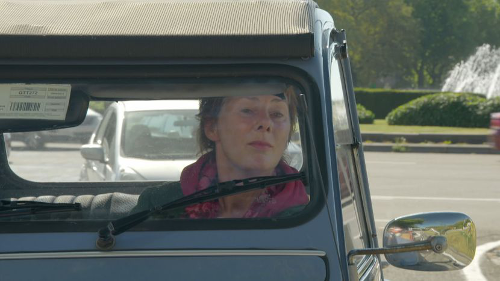 So Help Me God

A truly bizarre documentary from directors Jean Libon and Yves Hinant follows Belgian Judge Anne Gruwez as she goes about her work. Gruwez is a fascinating subject to watch as she tackles all manner of horrendous crimes with terrific gallows humour.

The film is an interesting curiosity but doesn’t linger long once you’ve finished watching.