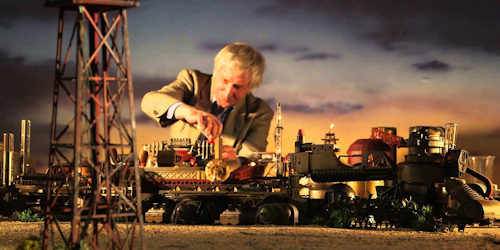 Who cares about films today? MY SISTER IS GETTING MARRIED. I’m giving a speech. There will be tears.

See you next week.

What’s that? You still care about what’s released this week? Well here’s some summaries I made earlier:

The Rewrite
As Hugh Grant stars in yet another romantic comedy I feel the need to inform you all that it is twenty years since Four Weddings and a Funeral came out. Twenty years! You’d have thought he’d have settled down by now.

The Maze Runner
Well Peter seemed to maybe almost like it but I’ll be damned if I understand the plot. Kids in a dystopian future are in a maze. Running. Or something.

Annabelle
Another of 2014’s films with a first name for a title. This latest installment in the year of the proper noun is a horror prequel to The Conjuring. Ooooh spooky doll!

One Direction: Where We Are – The Concert Film
I feel like the needlessly long title for this documentary gives you all the information you need.

’71
Jack O’Connell plays a soldier abandoned by his unit on the streets of 1971 Belfast in a film that will have cinemas struggling to find their large plastic apostrophe to put on the sign outside.

The Calling
Susan Sarandon is a detective investigating a serial killer who believes that killing is their calling. I blame an over enthusiastic career guidance counsellor.

Gone Too Far
British comedy drama in which two brothers reunite after a lifetime apart and hilarity and heart-warmery ensue.

Gold
British comedy drama in which a man and his ex-wife & daughter reunite after a decade apart and hilarity and heart-warmery ensue.

Giovanni’s Island
Japanese animation NOT from Studio Ghibli. How to we deal with this? Has this happened before? Help!

Charlie’s Country
I’ll let IMDb explain this Australian drama because I am afraid to use some of the words they do: “Blackfella Charlie is out of sorts. The intervention is making life more difficult on his remote community, what with the proper policing of whitefella laws now. So Charlie takes off, to live the old way, but in so doing sets off a chain of events in his life that has him return to his community chastened, and somewhat the wiser.”

Filmed in Supermarionation
Tech issues have gotten in the way of me watching this documentary about the puppetry world of Gerry and Sylvia Anderson. I must see this! Who doesn’t love Thunderbirds? Captain Scarlet? Stingray? I hate you?