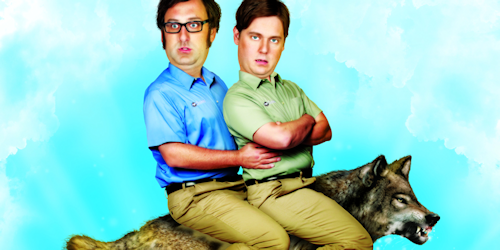 Keith Lemon: The Film
It’s hard to describe Keith Lemon. He is a character created by Leigh Francis of Avid Merrion and Bo’ Selecta! fame who is brash, sexist, and makes me laugh more than he should. Essentially Keith Lemon is the personification of ITV2 which makes this film ITV2: The Film. What a horrible thought.

The Imposter (limited release)
Superb documentary about a Frenchman who impersonated a missing Texan teen. It will grip and bewilder you. Entertaining but never exploitative. I absolutely loved it.

F for Fake (limited release)
Orson Welles’ final film gets a cinematic re-release. Ostensibly a documentary about fraud the film itself may well be one big ruse. Go and have a gander and then read the internet’s theories.

Circumstance (limited release)
Iranian drama about two teenage girls and their growing sexual rebellion. Can their love survive their Circumstance? Will sexy-Iranian-films become the new sexy-French-films? Do subtitles automatically make a sexy film that bit classier? Is it a little reductive to call any film featuring any form of sexuality a “sexy film”?*