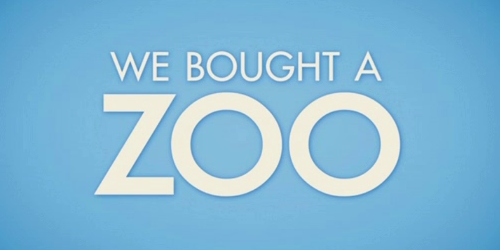 In April last year we were wondering what had happened to Cameron Crowe after his latest film Elizabethtown had a less than successful release. One month later we discovered he was planning on writing and directing We Built a Zoo and now a year and a bit later it has a new name (removing the possibility of a building montage) and we have a trailer:

To watch this video, you need the latest Flash-Player and active javascript in your browser.

Well, it certainly looks like a heart-warming family film. Nice to see a film with animals in a zoo that don’t talk, we’ll just have to guess which is the sassy one.

Now if you fancy a lingering look at Matt Damon, Scarlett Johansson and some animals we’ve got you covered with some stills from the film. There’s even a few pictures of Crowe himself, proof he still exists: