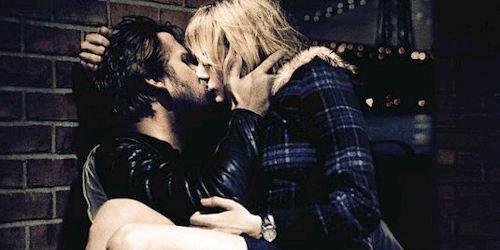 Film
In Blue Valentine Ryan Gosling and Michelle Williams are a young couple seen at the beginning of their relationship, and at the end a few years later. The two are inter-cut to show the couple’s changing dynamic as the honeymoon period fades away.

With its improvised script and a lead couple made to live together for a month before filming the breakdown of their fake marriage, Blue Valentine achieves what it seems to be striving for; natural dialogue and a realistic love story. Everything about Blue Valentine is done to make it look, feel and sound as real as possible, when they kiss you believe in the kiss and when they fight you can feel each blow.

Unfortunately watching a couple fall in love and fall apart is not always that easy to watch. Some scenes sag a little and the piece leaves you feeling a little drained. Blue Valentine isn’t the easiest film to watch and hardly zips along but both Williams and Gosling are on career high performance levels and Derek Cianfrance is an unobtrusive director. It will get to you emotionally but might not be an experience you want to revisit.

Extras
Extras include a Q&A, director’s commentary and deleted scenes. The highlight is a brief “making of” which explore the improvised nature of the film and how Michelle Williams and Ryan Gosling lived together for a month, arguing mostly, to get ready to film the second part of the film. Also included are the home movies the couple made together during this time, certainly something a little different to regular talking heads.

Blue Valentine is out on DVD