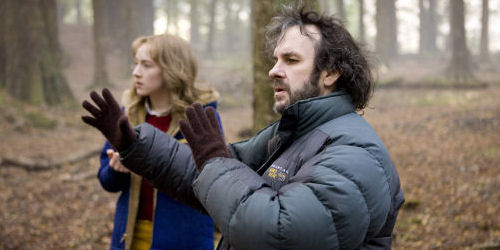 A few days ago a screener copy of Peter Jackson’s The Lovely Bones was leaked online and, as reported here, Jackson is far from pleased. He has gone so far as to say that “those responsible for the leak will be brought to justice with the maximum prosecution of the law in mind” and that “anyone who is caught illegally downloading the film will also be prosecuted to the fullest”, while expressing concern over recouping production cost.

I won’t even begin to consider just how he plans to identify those who download the film but believe that this is hardly likely to damage the movies profits.

I would go so far as to say that sending out DVD screeners to voters before a films release and not expecting the film to be leaked is naive, especially when you have delayed the release of the film. Today’s consumers want new content immediately and if they can only obtain it illegally in the first instance they will do.

Once the film has been released I will look again at if the leak has had any effect on profit margin or if, like Wolverine and Zombieland before it, this is a lot of fuss over nothing.

One thought on “Jackson Fumes at Leak”